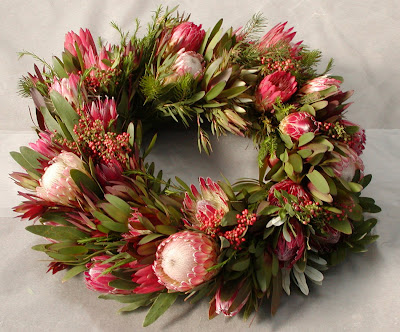 Merry Christmas and Happy Holidays!
From all of us in the Rockville8, we wish you and yours a very happy holiday season filled with all the joys of family and friends. May the year ahead overflow with blessings and grace to keep you encouraged and fulfilled. Peace be with you.
Posted by Mackenzie Lucas 1 comment:
Email ThisBlogThis!Share to TwitterShare to FacebookShare to Pinterest
Labels: happy holidays, merry christmas

But 2010, thankfully, was not one of those years. 2010 brought me an agent and a grandbaby and I am thrilled to pieces about both of them.

The Rockville8 will be doing a bit of summing up in January, so more to come on that. But in the meantime, I leave you with a couple almost perfect links.

First, The Popcorn Dialogues, which is a podcast from the FABULOUS Jennifer Crusie and Lucy March. They watch a movie, then record themselves (and sometimes special guests) discussing the movie from their writerly perspectives. For a structure-hungry student like myself, it's almost as good as sitting in a classroom with them. It took me a long time to start listening to the podcasts, but now that I have, I'm hooked.

And then there's this animated Xmas card, featuring a poem by Neil Gaiman. It's not even almost festive, but I'm including it here anyway because I love it and because it captures something of my own personal mood this time of year almost perfectly . . .

Have a holiday, y'all!

Image purchased from istockphoto.com
Posted by Anonymous 5 comments:
Email ThisBlogThis!Share to TwitterShare to FacebookShare to Pinterest

The Creativity Well revisited/Moving Eve: A Love Story in Brief

A few months ago I blogged about my creativity well, the old farmhouse and grounds my grandparents inhabited for over forty years. I returned at Thanksgiving, knowing that the place had sold, steeled to say my good-byes to this once immutable touchstone of my life. My mother told me she knew the couple who ended up purchasing the house were it because the day they viewed the property, the husband sat on the bench of the breakfast nook in the spot my grandfather had always claimed as his.
This man looked through the multi-paned wavy-glass windows to watch the birds at the feeders, studied the enormous white birch that pops like a torch from the thick patch of grey-brown-green trees along the road, and gazed out at the three-seater outhouse hugging the ravine that leads down to the river. Perhaps he conjured up a story exploring the wherefores and whys of that peculiar structure. Then he relaxed into the cushioned bench seat as though he'd been groomed to take over stewardship of that particular piece of Earth's real estate. In the space of a minute or two, the Three and a Half had become his home.
And while I am sad, sad, sad to lose the physical demesne of my creativity well I know two things. One is that its magic will flow, zesty and sparkling, through my veins the rest of my life. And second, I am grateful beyond imagining that the new owners, this husband and wife I know only through a few words from my mom, "get" just what a marvel they have in store for them. The dreams they will dream. The times they will have. The stories they will create together and share with others. What an adventure they have in store! What an adventure.

Moving Eve: A Love Story in Brief by J. Keely Thrall
"Judy," Gib said, taking hold of his wife's hand. In a fresh set of pajamas, he was once again in bed lying next to the lady he'd loved with all his soppy heart the last seventy odd years.

"You awake?"
"Where were you? Are you all right?" Judy's warm fingers squeezed his. Her voice had faded along with her memory, but his cool blonde always knew him. Always needed to know he was okay.
"Fine, fine. Just soaked through my PJs. Damned night sweats." He brought her hand to his lips and kissed her knuckles. Earlier in the year the doctors determined the bladder cancer had disappeared. Buggering cells had simply decided to migrate, taking up new residence in his lung and kidney. Not much the medicos could do about it. His heart was too weak to undergo vigorous or invasive treatment. A damn shame the spirit of his heart hadn't imparted its robust strength to the muscle. Suppressing a sigh, he kissed Judy's knuckles again before tucking their arms, still linked at the hand, under the covers. Even in a warm house, the Michigan December leaked inside. It wouldn't do for either his lady or himself to come down with a sniffle. "We're moving house today, sweetheart, remember?"
"Now?" Judy's voice rasped into the darkness, at once detached and fretful.
"No, no. Later. We're going to live with Megan and Jeri, downstate. We'll have Christmas there."
"That's right, that's right." She patted his hand as though to reassure him. About what, he couldn't tell, but any kind of pats and pets from his wife were welcome, anytime, any-why, anywhere. Sex may be a non-starter at this point, but a little skin to skin was all right by him. Even if it was just snuggling in bed with his best girl, holding hands.
"This will be our seventy-third Christmas together." What was the point in being a retired mathematician if he couldn't throw down a few facts and figures every so often?
Judy chuckled. The sound of bells on his ear. "Mother was fit to be tied when that Halsted boy let on that you and Eddie were out in the car Christmas Eve."
"We'd just about frozen our nuts off when Howie came and got us."
"Language, Gilbert."
He grinned into the darkness. Change might be coming, but some things stayed constant.
"That night was the beginning of a grand adventure, wasn't it, dearheart?"
"It was?" Judy asked, vague again but willing to be persuaded.
Irritation spiked in a rush of heat. Anger at the aging process that had stolen his mate in snatches and gulps over the last few years drew a flush to his neck. The contrast to the cool night air made him shiver and he shrugged the blanket up to cover his shoulders.
"Yes," he declared, unwilling to cede way to personality's thief. "Sixty-six years and nine months of marriage. Four children, five grandchildren and four great-grandchildren. Travel, foreign and domestic. This home." His voice cracked and he swallowed. Sentimental slob. Blinking moisture from his eyes, Gib cleared his throat. "And our next adventure begins tomorrow."
"Well, maybe you should get some sleep now so you can be rested for this new adventure of ours, hmm?" Tart and unexpected, the zinger triggered a second round of tears that needed to be blinked away. The moments when his dry, witty blonde stepped through the haze of dementia to tweak his pretensions came with less frequency but, man, they still carried a punch.
"All right, dear. Good night." Gib squeezed his wife's hand.
"Good night." His hand was squeezed in return.
In the country four am was dark no matter the season. But in the depths of a northern winter, the black outside the windows felt especially heavy. As though Dawn might not be strong enough this time to roll away her brooding brother Night.
"I said good night, Gib."
Gilbert laughed and turned onto his side, facing Judy. He wiggled to find a comfortable spot, then hunkered down and closed his eyes. He'd trust Dawn to flex her might and usher in the day that would bring his and Judy's next grand adventure.
And in a few days, they would celebrate another Christmas Eve together. His blonde may or may not come out to play, but his Judy would be there, holding his hand, loving him as deeply as he loved her. He was a lucky, lucky man who could still claim rights to the grandest adventure a man could hope for: true love.

The above is an exercise in trying to put myself in another's shoes, as writers are wont to do. In this case it's my grandpa and how I imagine the night before he and Nana leave their home for a new one might unfold.
In thinking about the ways in which one could examine a life and reflect on the ups and downs and curve-balls one encounters, it seems to me that we have an infinite choice in how we address our baggage. First, do we call it baggage? Scars? Experience? Adventures?
Language helps craft our attitudes and our attitudes help form our emotions. I deliberately chose to imbue this narrator (my fictional version of Grandpa) as taking strength in looking to his future with bright expectancy. This move is the Next Big Thing. Something to look forward to, to anticipate. He deals with the cancer, he lives for the brief glimpses of the woman his wife used to be even as he loves the woman his wife is now. But he's not dwelling on the crap. He's looking up and out.
Aside from the personal journey portion of this post (can we say coping mechanism, everyone?), I'm realizing it was really useful as an initial character sketch. Now, I doubt I'll ever write a story in which my grandpa is the hero per se.
But the determination of spirit in the face of adversity? Hmm.
Someone who loves not just from habit, but from nuanced choice as circumstances change over the course of a life. Hmm, hmm.
Someone who sees life as a grand adventure? Hmm, hmm, hmm!
Who do you think would be the perfect match for that hero?