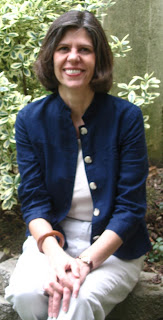 My Brush With Rejection


I painted the kitchen the day I gave up writing. Anything to keep me from the stories nobody wanted to buy. Rejection letters were pouring in like rain, and I was drowning.

I don’t remember the exact date I reached saturation point, but it was at least five years after my last sale. I’d had two books published by Silhouette Intimate Moments in the early 1990s, both containing as much mystery as romance. Since they were the second and third manuscripts I’d completed, I thought I was on my way.
Boy, was I wrong.

So I painted the kitchen, then I took on the living and dining rooms. By the time I got to the upstairs halls, even the possibility of rejection was preferable to throwing on another coat of paint!

I had an idea for a romantic comedy, a completely new genre for me. The story flowed from me; then I wrote another. And another.

Within a year or so, Harlequin Duets called with an offer for the first story. In November of 2000, almost exactly seven years since I’d last had a book on the shelves, FORGET ME? NOT was published by Duets.

That’s not the end of my story.

Ironically, I’ve come full circle. I may go back to comedy some day but AN HONORABLE MAN contains a mystery, just like my early books from Silhouette and some of those rejected manuscripts. 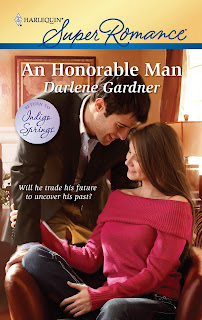 So if anybody out there is feeling rejected, take some time to wallow, then keep on writing. I wouldn’t have made sales three through thirty if I hadn’t persevered.

Man, am I glad I hate to paint!