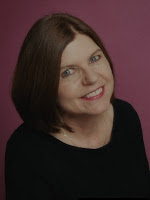 The Washington Romance Writers would be poorer for not knowing Diane Gaston's warmth and commitment to our community. I would be poorer for not knowing her. As an instructor, a mentor and a friend, she plies encouragement, confidence and the occasional kick in the pants like a rock-star bartender at happy hour. Her latest book, Chivalrous Captain, Rebel Mistress, Book Two in her Three Soldiers Series, will be released September 1st.
Please join the Rockville8 in welcoming Golden Heart and RITA-award-winning author, Diane Gaston, to our blog.
I started writing in 1995, discovering relatively late in life what I wanted to be when I grew up. Of course, at the time I was already entrenched in my career as a mental health social worker, but that’s a whole other story. From the beginning of my writing, I knew this was what I loved most to do. I always thought I would be published. I just didn’t know it would take me nine years!

Writing remained exciting and fun for me for a long time. It was a new adventure. I was learning new things, the craft and the business of writing romance. This enthusiasm sustained me through three completed manuscripts, each of which I was certain would sell. They didn’t.

Then a wonderful thing happened. My friend Mary Blayney (Courtesan’s Kiss, 2010) gave me a small needlepoint pillow that said: Never Never Never Give Up.

That quotation from Winston Churchill made a deep impression on me. I started changing my mindset. I began to perceive myself on a journey to publication. Everything that happened—the good, the bad, the contest wins, the rejections—all brought me one step closer to publication. I was convinced of it! During this time period people used to say to me, “I thought you were published;” that’s how well my mind-set worked.

I’d passed up entering the 2002 Golden Hearts, because, after all the rejections, I was sure my making the finals in 2001 had just been a fluke. By the time the 2003 entries were due, though, my thinking had changed. I figured, “Why not enter?” I entered both my second historical and the first, the one that had been a 2001 finalist.

I received a phone call from Mills & Boon; they’d judged it in the Golden Heart and wanted to buy it!
It became my first book, The Mysterious Miss M.
(And it won the 2003 Golden Heart)

Now, eight books, two novellas, one short-story, and one RITA later, my latest book for Harlequin Mills & Boon, is due out Sept 1, 2010, from Harlequin Historical. Chivalrous Captain, Rebel Mistress is just my latest example of what happens if you Never Never Never Give Up!

How do you keep yourself feeling positive and motivated in pursuing your dream?
Posted by The Eight
Email ThisBlogThis!Share to TwitterShare to FacebookShare to Pinterest
Labels: Diane Gaston, Harlequin Historicals, Mills and Boon, Washington Romance Writers, writer's life