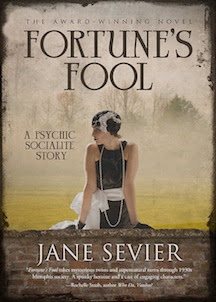 Dear readers, the Rockville 8 are honored to introduce debut author Jane Sevier. Jane's first book, the award-winning novel, Fortune's Fool is available now and she's here to tell us about The Idea Fairy.

“Where do you get your ideas?” It’s a perpetual question writers are asked, and they smile over it. The Idea Fairy brings them, of course.

If you really think about it, though, that’s not such an outlandish question. It relates to the nature of creativity and how the mind works, which fascinate me. If I ever go back to school, I’d like to study creativity scientifically.

But back to ideas. Sure, people have them all the time. Lots of them are crazy or boring or too hard to carry off. But every now and then, you get a good one. But how do you turn it into a story that people want to read and will connect to?

Take this blog, for example. When the lovely Rockville 8 invited me to join them today, I was thrilled. Then it occurred to me that I needed an idea to blog about that was more than just nattering on about my book, and the terror set in. Fortunately, I had an idea about where to get ideas.

Have you ever tried a logline generator? Loglines are those 25-word-or-less descriptions screenwriters use to pitch their movies. Novelists call them elevator pitches. Here’s mine for Fortune’s Fool: When her husband dies and leaves her penniless, a 1930s Memphis socialite becomes a fortuneteller, only to discover she has the true sight.

Let’s say you decide to write a novel, but you really and truly don’t think you have any ideas. Total. Idea. Block. Never fear! You simply Google “logline generator,” and come up with a site called—what else?—Random Logline Generator! I’ll give it a whirl. On my first try, I get, “A mechanical noodlemaker doesn't get along with the ex-husband of a thief.” I don’t know about y’all, but I find that one a little hard to work with.

The point is not that a logline generator will give you a story you actually want to tell, although it might. But it will make you think about possibilities, and that’s where good ideas come from. If I’m having a slow writing morning, I sometimes go to the Random Logline Generator! to get my brain cooking. The hard part is stopping after 2 or 3 or 70—the silly thing is highly entertaining.

So, where did the idea for Fortune’s Fool come from? I was in the Westlake Barnes and Noble in Austin, Texas, where three mystery writers were doing a reading. Louisiana author Deborah LeBlanc was a few paragraphs into a scene at a voodoo ceremony—alas, I can’t remember which book—when I thought, “What would it be like to discover that you have the true sight?” I dug out the little notebook I carry for writing down ideas and scribbled, “Woman who finds herself down and out and decides to become a psychic, only to discover that she has ‘the sight.’ Uses her grandmother’s tarot deck. Or the mojo sack that brought her parents together. Grandmother met grandfather playing piano in Mineral Wells.” 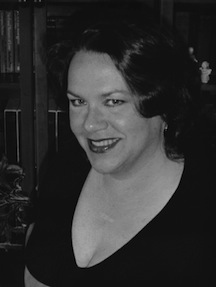 You see where I really got my logline. Except the piano playing in Mineral Wells, all of these elements ended up in the book. Members of my extended family will recognize the bit about the mojo sack. Perhaps because I am so Southern and know hundreds of my cousins of all degrees, most of whom are natural storytellers, lots of family lore figures in what I write.

Then, of course, I had to decide where to set Fortune’s Fool. I wanted to tell a Southern story and didn’t want to make it modern-day. Because it has always had a fascinating cultural history, I have lots of family there, and I like to eat ribs at the Rendezvous, I chose Memphis. I love the ’30s and ’40s with those wonderful movies and style. A little research told me that in the 1930s, Memphis was the murder capital of the United States, and, voilà. I had my setting.

So you see, Virginia, there really is an Idea Fairy. You just have to trust her to find you.

To find out more about Nell Marchand and the cast of characters who will populate the Psychic Socialite series, visit me at www.janesevier.com.