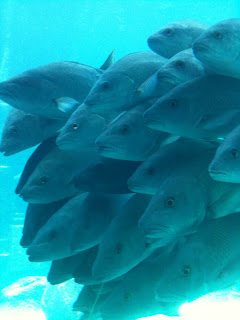 I spent this past weekend with Michael Hauge, the screenwriter, in his Story Mastery class. One topic seemed to catch the attention of many attendees. It was the discussion of a character living in their identity versus living in their essence.

Identity is the false self we present to the world to protect us from the fear that grows from a belief created by an emotional wound. In order for the character to achieve their goal, they must face this fear. The way for the character to do this is to live in their truth. Michael Hauge calls this truth the character’s essence.

In his book, Writing Screenplays That Sell, he states, “The character’s transformation from someone stuck in his inner conflict to someone who has found the courage to overcome it is his arc. It’s an arc from fear to courage, from inner conflict to true self-worth."

At the end of his Saturday lecture, he told us that the notion of identity vs. essence applies to real life as well. He said that given the choice, most people choose to live in their identity rather than live in their essence because they choose safety over potential happiness. He challenged us to apply this to our own writing life. In other words, he told us to complete the following sentence:

At lunch today, many of us said fear held us back. But Yvonne said that fear is too easy an answer. I agree. Fear may be the result but if fear is keeping you from your writing goals, then there must be an underlying cause. In other words, fear is the result of something else and that is really what’s keeping you from achieving your writing goals.

I’ve been thinking all day about what my answer would be. And I still don’t know.

What are your thoughts on the subject, either for yourself or for development of character arc? What are some good examples of this in movies or books?
Posted by Lisa McQuay
Email ThisBlogThis!Share to TwitterShare to FacebookShare to Pinterest
Labels: character arc, Michael Hauge, plot, plotting