How to be a Successful Writer 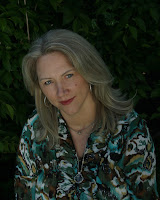 Today the Rockville 8 welcomes New York Times and USA Today bestselling author Anita Clenney who shares about the proper care and feeding of that fickle animal, Lady Luck. Anita will give away one copy of Embrace the Highland Warrior to a randomly chosen commenter (US or Canada addresses only).

Take it away, Anita!

Wouldn’t it be nice to have a formula for guaranteed success? Unfortunately, we don’t. For one thing, success is relative. What makes me happy might not be enough for you. But success is possible. Look at Stephen King, JK Rowling, and Janet Evanovich. All very successful writers, but I bet if you looked at each one, you would find no two success stories the same. This business isn’t one size fits all. However, each of those writers has one thing in common. They’re great storytellers. Even being a great storyteller is no guarantee. I’m sure we all know talented writers who should be published but aren’t. It takes more than talent and hard work. It takes luck. And by luck I mean timing, circumstance, and opportunity. But we’ll call it Lady Luck. It sounds cooler. The key is to do all you can to attract Lady Luck to your door. Here are some Do’s and Don’ts while you’re waiting.

DO write a book so compelling it makes the reader forget she lives in the real world. DO write characters so real, so memorable, the reader can’t stop thinking about them even after she puts the book down. DO write a plot that drags the reader into the story kicking and screaming, crying and laughing. DO keep your stories and characters fresh with unique twists that are all you. DO be persistent. We all know these things, but we need to remind ourselves from time to time. It’s easy to forget how the story looks from outside our heads. The DON’Ts are basic too, but crucial.

DON’T write a boring book. If it doesn’t thrill you to write it, it won’t thrill Jane Reader to read it. Actually Jane Reader will never see it because Jane Editor won’t buy it. DON’T have characters so bland and lifeless that the reader doesn’t care if they’re eaten by alligators. DON’T leave plot holes so big a UFO could land in them. DON’T GIVE UP! If you do any of these, DON’T hold your breath waiting for Lady Luck.

When I started writing, I had absolutely no idea what I was doing, but without realizing it, I had the most important thing. Enthusiasm. I was so excited about this story that when I realized what I’d gotten into and that I would probably never be published, I didn’t care. I was going to write this story and it was going to be the best story in the world. Okay, I’m exaggerating, but I was excited about my story. I think that’s even more important than writing degrees, proper grammar, and knowledge of the market. You can learn writing craft, show don’t tell, POV, what’s selling, what’s not, but enthusiasm is what gives life to your storytelling. So dig inside that talented head of yours like a miner searching for gems. Dig out the most intriguing jewel, then cut and polish it until it shines. And don’t give up. After you finish that story, start digging for another. When Lady Luck finally knocks, you’ll be ready.

About the Author
NY Times and USA Today bestselling author Anita Clenney writes mysteries and paranormal romantic suspense. Before giving herself over to the writing bug, she worked in a pickle factory and a preschool, booked shows for Aztec Fire Dancers, and has been a secretary, executive assistant, and a real estate agent. She lives with her husband and two children in suburban Virginia. To find out more information, please visit http://www.anitaclenney.com/, follow her on Twitter @anitaclenney, or like her on Facebook ttp://www.facebook.com/anitaclenneyAUTHOR.

And I’ll leave you with an excerpt:

Cody sighed. Might as well get it over with. He removed the shackles, returned them, and bent over her. “Shay, wake up.”

Her eyes flew open. She planted both hands against his chest and shoved, knocking him on his back, then sprang on top of him. “How dare you handcuff me to a bed?” she yelled, punctuating each word with a shake that rattled his brain. He didn’t fight back. She had to get it out of her system, and he didn’t blame her. He’d be more than pissed if someone shackled him.

She landed a fist into his stomach, and the breath rushed out of him. Okay, enough was enough. He captured her hands and rolled, trapping her under him.

“I’ll get off when you stop beating the snot out of me.”

She let out a war cry and lunged for his throat, teeth bared. Intrigued, he hesitated a second too long, and she sank her teeth into his neck. A jolt of desire shot straight to his groin. He’d never been one for the rough stuff, but damn! He pulled back before she could do more than leave a bruise. He trapped her legs with his and held her hands above her head, letting his full weight press her into the soft mattress. She still struggled but could move only enough to get him excited.

“I’m sorry, Shay. I had to do it. It was too dangerous to let you go traipsing through the woods. I had to keep you safe.”

“What if he was hiding in one of the other bedrooms and sneaked in here while I was handcuffed to the bed? You left me so I couldn’t even protect myself.”

“Lach heard him out in the woods, but that’s why I locked the door, just in case. If this guy had broken it down to get to you, you would’ve screamed, and I would’ve come running. I was never far from the house.” He’d heard every name she called him.

Her eyes still flashed fire, but her breath was steadier, and she kept glancing at his mouth. He thought that was a good thing. He wondered if she’d calmed enough not to hit him, because he should move. She had to notice the effect all the wiggling around was having on him. He felt her hips push against his, and he groaned. He relaxed his grip and lowered his head, letting his lips touch her chin. He kissed his way to her mouth, and she head butted him in the nose.

While the stars exploded in his head, she shoved him aside and bolted out the door. He jumped up and went after her as she pounded down the stairs. He caught up with her outside. She was swinging her purse like a whip, headed for the car.

“Where are you going?” he demanded.

“You can’t leave.”
“Watch me.” She opened the door. “I’m tired of people hiding things from me. I thought you were going to stop. Now you’re handcuffing me to the bed.”

“I explained it to you.”

“Don’t touch me,” she said, jerking away when he grabbed her arm.

Shay straightened her shoulders. “You can’t stop me.”

He grabbed her, tossed her over his shoulder, kicked the car door shut, and stomped up the steps.

“Put me down!” Shay kicked and twisted, cursing at him. He dumped her on her feet inside the door.

She blew her hair out of her face, and as soon as she could see, she threw a punch at his chin. He deflected it and grabbed her arm. “Stop hitting me.”

“How dare you throw me over your shoulder like some kind of caveman,” she spat, trying to wrench her arm free. It didn’t work, so she used her knee.

“Ah, not there.” Cody trapped her knee. “I made the mistake of letting you leave here nine years ago without listening to me. By God, I won’t do it again. You’ll listen if I have to sit on you,” he growled.

She drew back her other arm, and before she could throw the punch, he had her on the floor and was sitting astride her, pinning her wrists to the floor. She bucked and twisted, but he held her down. “We can do this all night if you want, but you’re going to listen to me this time.”