This week the Rockville 8 is proud to bring you urban fantasy author Glenda Bodamer's very helpful take on character motivations.
~~~~~~ 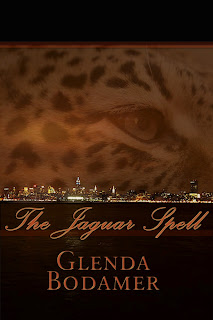 I write a lot of newspaper stories about people who help other people. The two most common reasons they profess to offer help are because it’s right, or because they feel a connection to someone who needs help. They’re good people, and I’ve got to tell you, they inspire me.
But in fiction, good people don’t necessarily help you.
Let me give you an example.
A few years back, while reviewing some chapters in a high fantasy I’d written, I was vexed to find that it felt flat. It shouldn’t have. My poor, stressed out and emotionally beat up wizard was on a river, trying to elude pursuit and get to my heroine, who was in prison hundreds of miles away. In short, I’d tortured my wizard character the way a writer is supposed to do.
So why did the scene feel flat? Should I just cut it? That is what I tend to do when a scene goes nowhere.
I went through my writerly checklist to tell me what I needed this scene for, what it had to accomplish within the larger story, and concluded that I needed to keep it. There was action in it, too, so it should be interesting. Right?
Then it hit me where the problem lay. I’d given my wizard an older married couple to carry him down the river, and while she was a stitch, they were too darned skippy nice. They just cheerfully took him aboard their boat and oohed and aahed when he discovered a new way to work his magic.
They had to have their own agenda. I made them smugglers, although reluctant ones. They needed money. The wizard offered to pay for passage. But their need to hide something from my wizard, and their nervousness about it, added the necessary umph and tension to make the scene interesting.
So if a scene’s bugging you, and you have characters who want to help, give them an agenda. You never know where that agenda might lead you. In my current book The Jaguar Spell, for example, my heroine drops her work in South America to go to New York to help her friend. Well, she secretly loves him, but she’s managed to stay away from him for years. Why does she decide to help him now? She owes him big-time. She’s guilty and hoping for absolution, and knows absolution could only come if she helps him with something important, life-threatening. Figuring out why she owed him opened up a whole dimension to the story that I hadn’t anticipated when I’d sat down to write it. 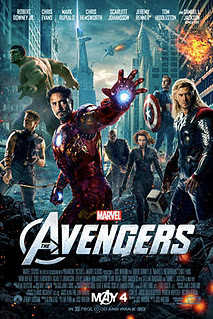 But, you protest, some people really do help others from selfless reasons. For those folk, God bless ‘em. But while in real life we can thank these folk and feel inspired, in fiction we can’t let them be. A writer’s job is to figure out why that person acts that way. Do they help because secretly they hope the people they help will feel grateful to them? Do they help because they want other people to know they’re helpful? Do they need to shore up their self-image? Do they figure there’s a karmic payoff — God will see that they did good things and reward them?
If you’re still doubting the power of getting good motivations for helper characters, go see The Avengers. I’m not giving any spoilers to say that all of those heroes, those alpha males and women, had their own agendas. The tension of whether they would come together, how they would take turns helping each other, to defeat Loki and his horde drives the movie.
All these examples means there’re many helper motivations to choose from, from the heroic to the prosaic. It’s a veritable feast of motivations to work with.
I feel the sudden urge to give blood. I think a local church was having a blood drive. They had a sign out. Or maybe I should do that ad for the volunteer group that approached me. Hm… 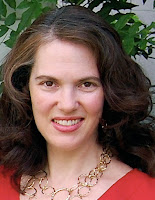 Glenda Bodamer is the pen name of a multi-published author of romances that had nothing to do with jaguars, fairy tales, or warehouses. She's attended the revered Clarion SF/Fantasy Writing Workshop, taken a masters in rhetoric of all things, and worked as a professional writer for government, ad agencies, large and small companies, magazines, and newspapers. Glenda and her husband live outside Boston with their two wonderful teenagers—really, she means that wonderful most days—a sweet former shelter hound dog mutt, and more wild turkeys in her neighborhood than she would like.

When Glenda's not writing or driving her teenagers around, she enjoys needlework, making stained glass windows and boxes, and jogging, but not at the same time.
Posted by The Eight
Email ThisBlogThis!Share to TwitterShare to FacebookShare to Pinterest
Labels: character motivation, characters, Glenda Bodamer, The Jaguar Spell, urban fantasy