Beyond Character Foils with Karin Slaughter


or, Betty Makes Me Love Will More
If you read Karin Slaughter’s crime fiction/thrillers, then you know Will and Betty. If you don't, then pick up Slaughter's newest release, Criminal, and be prepared to stay up all night hiding under the covers and reading by flashlight. Slaughter will take you on an electrifying ride with characters you’ll love and hate, and scenes so scary that for days after you'll be as jumpy as a long-tailed cat in a room full of rocking chairs. 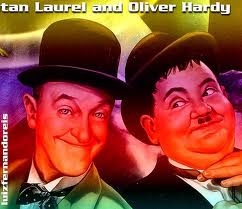 Slaughter is a talented writer and she’s skilled at nuance. This is especially apparent when writing about Will and Betty. In a Will Trent thriller, Slaughter devotes maybe 500 words to Betty. Yet, when the book is done, I know it is Betty that allowed me the most poignant glimpses into Will’s psyche. Betty's character is a foil for Will's but not in the standard Laurel and Hardy type of contrast. This is deeper and much more subtle.

Literary-devices.com writes that a ‘foil’ is a literary device where the author creates a character whose primary purpose is to present a contrast to another character. We all know some great examples of foils: Ginger and Mary Ann, Sherlock Holmes and Dr. Watson, Hercule Poirot and Captain Hasting.

Character foils are useful in fleshing out a character in a show don't tell way. By painting a portrait of the adoring and dense Captain Hastings, Agatha Christie’s detective Poirot appears even more cerebral and urbane. Mary Ann’s pigtails contrast sharply with Ginger’s glamorous bouffant hair-do, and the BBC’s Jeremy Brett’s portrayal of the genius Holmes makes Dr. Watson look like a torpip, imbecile, not to put too fine a point on it.

So, as a foil, how is Betty different and why does it matter?

At her most superficial level, Betty’s feminity is a perfect foil for Will’s masculinity. Why? Because, Betty is a 6 pound chihuahua wearing a pink collar. Will likes to scoop her up and tuck her under his arm like a bug-eyed clutch. It should make him look ridiculous. It doesn’t. Betty only enhances Will’s masculine charms and makes him more endearing. 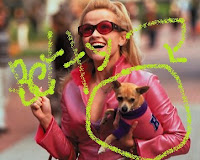 Slaughter could have stopped there. Betty as an accessory—like the purse-riding chihuahua in Legally Blonde. But, Betty goes deeper. Betty is the outward symbol of Will’s decency and kindness. This is important because considering Will’s troubled childhood of abuse and deprivation, he could be a monster, like the murderers he chases and finds. But he isn’t. Will rescued Betty. He built her a koi pond so she’s wouldn’t be bored while he’s a work. He is (mostly) not ashamed to be seen in public with her. He has mother-hen-like moments of caring for Betty that tell the reader: this is good man. He’s definitely husband and father material—once you clear up the issues with the ex-wife.

This is what Slaughter says about Will: I think women love him because he does the dishes without having to be asked.  …he's a very complicated man with some dark secrets…he doesn't let his past ruin the present.  He doesn't mope around.  He doesn't try to get pity... he's age appropriate, meaning he's responsible, has a good job and doesn't sit around all day playing video games. (Click here to read interview)

Will Trent is an incredibly popular fictional character. So much so, that “his” books are going to be made into a TV series (learn more). Betty has had a hand (uh, paw) in building Will’s popularity by being more than an accessory, by providing a deeper exploration of this complex character and that is why Betty makes me love Will more.

How are you using character foils and pets in your own work? I’d love to hear from you.
Posted by Shellie Williams
Email ThisBlogThis!Share to TwitterShare to FacebookShare to Pinterest
Labels: character foil, characters, chihuahuas, crime fiction, Karin Slaughter, shellie williams, thrillers, Will Trent