From childhood on, I think I've seen every film and television episode featuring those fictional super-spy guys at least a dozen times. And as a grown-up, I still love to catch them when I can. But you know what? Even in childhood, I wondered why should guy spies get all the fun?

That question, and my grown-up answer, is how I came to write The Kill Shot (Random House Alibi), Book #2 in the Jamie Sinclair series, which hits the virtual shelves this week! 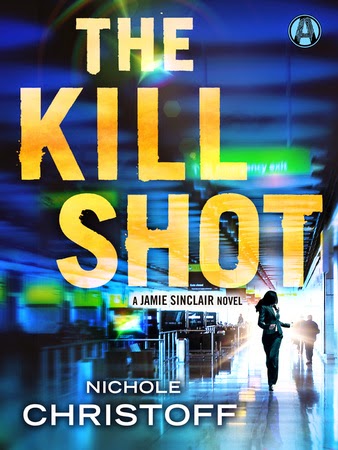 The Kill Shot stars Jamie Sinclair, a private-investigator-turned-security-specialist who was raised by her tough-as-nails father. Of course, after an upbringing like hers, Jamie's no shrinking violet. Still, she has a soft spot in her heart for stray dogs and a particular military police officer named Adam Barrett.

So when Jamie travels to London to safeguard a State Department courier at the insistence of her demanding father, she can handle an ambush or two...until a would-be assassin opens fire on her on the cobblestone streets of Covent Garden. Worse yet, someone takes down the assailant with a single kill shot and Jamie could swear the face of the shooter belongs to Barrett himself. Except Barrett is supposed to be 3,000 miles away.

Jamie must find out when that single kill shot plunges her into an international game of cat-and-mouse.

You can pick-up your very own copy of The Kill Shot here or anywhere e-books are sold. And I hope you will. Because with Jamie on the case, those guy spies really don't get all the fun!
Posted by Nichole Christoff
Email ThisBlogThis!Share to TwitterShare to FacebookShare to Pinterest
Labels: Alibi, James Bond, Jamie Sinclair, London, movies, private eye, Random House, spies, The Kill Shot, tv