Well, finishing a novel starts with finishing the first draft. Nothing could be simpler. And nothing could be harder.
Here are five strategies that help me in my daily struggle to git ’er done. 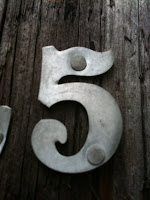 Tip #5: Plan your plot. If the notion of plotting strikes terror in your heart — or boredom in your brain — keep in mind said plan doesn’t have to be incredibly detailed. You can just hit the highlights.
When writing that mystery, romantic suspense, or thriller, listing five turning points keeps me from painting myself into a corner — and wasting time. It can also keep my middle from sagging. Well, my novel’s middle.
A sagging middle in a finished novel can serve as a stoplight for agents and editors. Talk about a time waster! And a heartbreaker.
You can avoid those pitfalls, and finish a first draft, when you plan your plot. 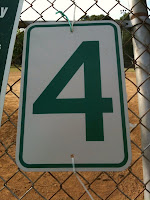 Tip #4: Word count? Forgeddaboutit! Sometimes, at certain stages of a first draft, the words rush from your fingertips, don’t they? But other times? I know: not so much. So set a time limit instead of a word count.
When the going gets tough, I get going in two-hour increments. Don’t have two hours? That’s quite all right. Work with what you’ve got. Just devote time to putting words on the page. It’ll be tempting to tinker with words you’ve already written, but resist! Sure, you’ll eventually need to revise this manuscript. But dedicate time to writing new words.
After all, that’s the only way you’ll reach the end of your draft. 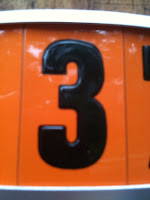 Tip #3: Skip ahead. If that scene just won’t take shape, skip it — for now. Don’t be afraid to type SOMETHING PIVOTAL HAPPENS HERE. Or JOHN PROTAGONIST SAYS SOMETHIING PROFOUND NOW. Highlight the area so you can find it quickly later. And give yourself permission to discover the details as the rest of your story unfolds.
You'll make the most of your time and save yourself some headaches. 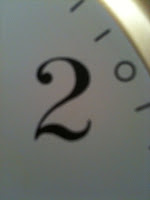 Tip #2: If in doubt, throw it out. You know that long, elaborate paragraph that you can’t get quite right? Or that plot twist that will fit if you force it into shape? Beware. You might be trying to shove a square peg through a round hole. So toss it. Let the section rest while you press on.
Now, this tip is difficult for me to follow. But I’ve found when I’ve hung onto the section in question, hammered at it, let it rest, then looked at it again, the prose is always labored. The draft’s pacing is always interrupted. And the Rockville 8 always flags it during critique.
When I’m in doubt? When I throw it out? When I let it rest while I go on? When I come back, I don’t miss it. Because the draft didn’t need it. 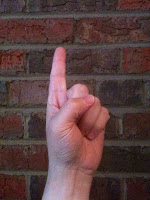 Tip #1: Remember the First Draft Rule. Strap on your seatbelt. The following rule may shock you. Here it is: The first draft doesn’t have to be good; it only has to be done.
I’ve heard this rule cited more than once in newsrooms across North America. And it’s one I try to live by. Good will come later. But only if the draft is done first.
Of course you want your best work to sally forth in contests, to agents, and to editors. Worry about perfection in the next draft, though. For now, git ’er done.
So those are my Top Five Tips for finishing a first draft. But I’m always on the lookout for more. When it comes to a first draft, how do you git ’er done?
Posted by Nichole Christoff
Email ThisBlogThis!Share to TwitterShare to FacebookShare to Pinterest
Labels: Craft; Writer's Life; Finishing Your Novel