The Magical Power of Fairy Tales 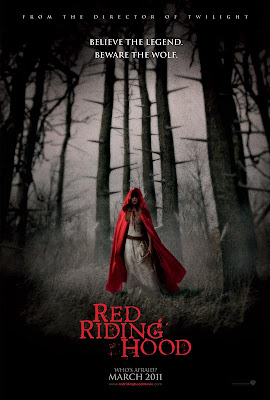 Fairy tales are a hot commodity these days. You have only to look as far as your local movie theater’s playing of Little Red Riding Hood and Beastly (a retelling of The Beauty and the Beast classic) to see how fairy tales that have been around for hundreds of years are making a resurgence in popular culture today. Authors are taking these age-old tales and adding their own twist for modern readers and movie goers to recreate compelling stories that speak to us in a brand new, yet fundamental way. But is the use of fairy tale or myth really a new trend? No.

The Brothers Grimm first compiled their collection of Children’s and Household Tales (Kinder- und Hausmärchen)--commonly known as Grimm’s Fairy Tales--in 1812. This two-volume compilation started with 156 stories and grew to 211 stories by its seventh edition in 1850. Hans Christian Andersen wrote his version of Fairy Tales in 1835.

James Frey, author of How to Write Damn Good Fiction Using the Power of Myth, argues that: “[F]undamental mythic storytelling techniques have survived and developed through the millennia and are with us today just as much as they were with ancient man. The hero of popular fiction is the legitimate heir of stories going back untold millennia, and the forms of the stories and the cultural ideas that they illustrate are unchanged. If the modern writer is made aware of these forms and the cultural role of myth in the lives of modern man, he or she will be able to use them as a powerful tool that speaks to the reader at the deepest levels of the unconscious mind” (Frey 31).

He pulls examples from Greek mythology, the Old Testament, Jung, and a myriad of others to support his argument that myth and folklore (or fairy tales)--the stories that communicate the core of a culture’s myth--are just as integral to writers of popular fiction today as they have been to our predecessor. So whether it’s The Frog King (and who says paranormal romance, with a bona fide shapeshifter, is a new development?), Sleeping Beauty, Snow White, or Cinderella, writers throughout the years have used this myths to draw their readers on a deeper level into a more profound story. 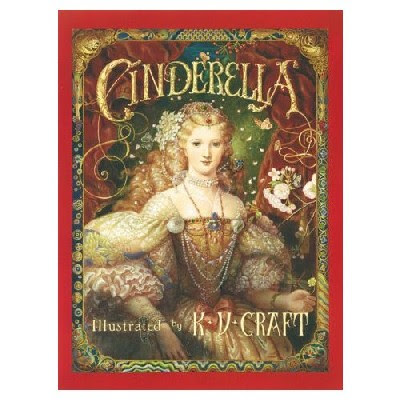 Popular fiction romance writers have known the power of retelling fairy tales for years. The last cycle seemed to have emerged in the late 1990s and early 2000s. Victoria Alexander wrote The Emperor’s New Clothes in 2004 and The Princess and the Pea in 1996. Linda Jones published Cinderfella in 1998. Christine Feehan wrote Lair of the Lion, a Beauty and the Beast story in 2002.

The stories that the Brothers Grimm and Andersen penned nearly two hundred years ago are as relevant today as they were then. They speak to something deep within us. As Frey explains: “Somehow, mythic forms resonate in every individual human being on this planet. When a human being encounters some version of a myth, the individual responds at a very deep level, subconsciously, and is powerfully drawn to it as by magic. The force of myth is irresistible. Mythic forms and mythic structures are the foundation on which all good stories are built; these forms and structures are the key a modern fiction writer can use to create powerful fiction” (Frey 36).

Whether you’re a paranormal romance writer or a writer fashioned in the mold of A.S. Byatt, using fairy tale and cultural myth can deepen your stories and draw your readers as if by magic. And who doesn’t want that? So dust off your primers (okay the originals are not really children’s stories) and learn your mythic structures. You’ll be glad you did. Magic is at your fingertips. Tap into it.

What follows is a list of fairy tales written by the Brothers Grimm and Hans Christian Andersen.

The Brothers Grimm Fairy Tales:
• The Frog King, or Iron Heinrich
• Cat and Mouse in Partnership
• Mary's Child
• The Story of the Youth Who Went Forth to Learn What Fear Was
• The Wolf and the Seven Young Kids
• Trusty John or Faithful John
• The Good Bargain
• The Wonderful Musician or The Strange Musician
• The Twelve Brothers
• The Pack of Ragamuffins
• Brother and Sister
• Rapunzel
• The Three Little Men in the Wood
• The Three Spinners
• Hansel and Gretel
• The Three Snake-Leaves
• The White Snake
• The Straw, the Coal, and the Bean
• The Fisherman and His Wife
• The Valiant Little Tailor
• Cinderella
• The Riddle
• The Mouse, the Bird, and the Sausage
• Mother Hulda
• The Seven Ravens
• Little Red Riding Hood or Little Red-Cap
• Town Musicians of Bremen
• The Singing Bone
• The Devil With the Three Golden Hairs
• The Louse and the Flea
• The Girl Without Hands
• Clever Hans
• The Three Languages
• Clever Elsie
• The Tailor in Heaven
• The Wishing-Table, the Gold-Ass, and the Cudgel in the Sack
• Thumbling (see also Tom Thumb)
• The Wedding of Mrs. Fox
• The Elves & The Elves and the Shoemaker
• The Robber Bridegroom
• Herr Korbes
• The Godfather
• Frau Trude
• Godfather Death
• Thumbling's Travels (see also Tom Thumb)
• Fitcher's Bird
• The Juniper Tree
• Old Sultan
• The Six Swans
• Sleeping Beauty or Little Briar-Rose
• Foundling-Bird
• King Thrushbeard
• Little Snow White
• The Knapsack, the Hat, and the Horn
• Rumpelstiltskin
• Sweetheart Roland
• The Golden Bird
• The Dog and the Sparrow
• Frederick and Catherine
• The Two Brothers
• The Little Peasant
• The Queen Bee
• The Three Feathers
• Golden Goose
• All-Kinds-of-Fur
• The Hare's Bride
• The Twelve Huntsmen
• The Thief and His Master
• Jorinde and Joringel
• The Three Sons of Fortune
• How Six Men got on in the World
• The Wolf and the Man
• The Wolf and the Fox
• Gossip Wolf and the Fox
• The Fox and the Cat
• The Pink
• Clever Gretel
• The Old Man and his Grandson
• The Water Nixie
• The Death of the Little Hen
• Brother Lustig
• Gambling Hansel
• Hans in Luck
• Hans Married
• The Gold-Children
• The Fox and the Geese
• The Poor Man and the Rich Man
• The Singing, Springing Lark
• The Goose Girl
• The Young Giant
• The Gnome
• The King of the Gold Mountain
• The Raven
• The Peasant's Wise Daughter
• Old Hildrebrand
• The Three Little Birds
• The Water of Life
• Doctor Know-all
• The Spirit in the Bottle
• The Devil's Sooty Brother
• Bearskin
• The Willow-Wren and the Bear
• Sweet Porridge
• Wise Folks
• Tales of the Paddock
• The Poor Miller's Boy and the Cat
• The Two Travelers
• Hans My Hedgehog
• The Shroud
• The Jew Among Thorns
• The Skillful Hunstman
• The Flail from Heaven
• The Two Kings' Children
• The Clever Little Tailor
• The Bright Sun Brings it to Light
• The Blue Light
• The Willful Child
• The Three Army Surgeons
• The Seven Swabians
• The Three Apprentices
• The King's Son Who Feared Nothing
• Donkey Cabbages
• The Old Woman in the Wood
• The Three Brothers
• The Devil and His Grandmother
• Ferdinand the Faithful and Ferdinand the Unfaithful
• The Iron Stove
• The Lazy Spinner
• The Four Skillful Brothers
• One-Eye, Two-Eyes, and Three-Eyes
• Fair Katrinelje and Pif-Paf-Poltrie
• The Fox and the Horse
• The Shoes that were Danced to Pieces
• The Six Servants
• The White and the Black Bride
• Iron John
• The Three Black Princesses
• Knoist and his Three Sons
• The Maid of Brakel
• My Household
• The Lambkin and the Little Fish
• Simeli Mountain
• Going a Traveling
• The Donkey
• The Ungrateful Son
• The Turnip
• The Old Man Made Young Again
• The Lord's Animals and the Devil's
• The Beam
• The Old Beggar-Woman
• The Twelve Idle Servants
• The Three Sluggards
• The Shepherd Boy
• The Star Money
• The Stolen Farthings
• Looking for a Bride
• The Hurds
• The Sparrow and his Four Children
• The Story of Schlauraffen Land
• The Ditmars Tale of Wonders
• A Riddling Tale
• Snow-White and Rose-Red
• The Wise Servant
• The Glass Coffin
• Lazy Henry
• The Griffin
• Strong Hans
• The Peasant in Heaven
• Lean Lisa
• The Hut in the Forest
• Sharing Joy and Sorrow
• The Willow-Worn
• The Sole
• The Bittern and the Hoopoe
• The Owl
• The Moon
• The Duration of Life
• Death's Messengers
• Master Pfreim
• The Goose-Girl at the Well
• Eve's Various Children
• The Nixie of the Mill-Pond
• The Little Folk's Presents
• The Giant and the Tailor
• The Nail
• The Poor Boy in the Grave
• The True Bride
• The Hare and the Hedgehog
• Spindle, Shuttle, and Needle
• The Peasant and the Devil
• The Crumbs on the Table
• The Sea-Hare
• The Master Thief
• The Drummer
• The Ear of Corn
• The Grave-Mound
• Old Rinkrank
• The Crystal Ball
• Maid Maleen
• The Boots of Buffalo Leather
• The Golden Key
• Saint Joseph in the Forest
• The Twelve Apostles
• The Rose
• Poverty and Humility Lead to Heaven
• God's Food
• The Three Green Twigs
• The Blessed Virgin's Little Glass or Our Lady's Little Glass
• The Little Old Lady or The Aged Mother
• The Heavenly Marriage or The Heavenly Wedding
• The Hazel Branch