What Makes a Hero?

This week we welcome one of our favorite authors, Mary Blayney, to talk about one of her favorite subjects: Heroes. 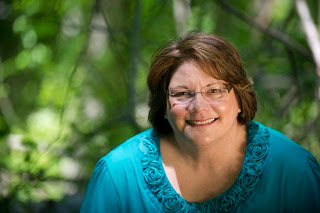 What fun to be asked to spend the day with the Rockville8. Not long ago I spent a weekend with most of them at a writers’ retreat that I hope is well on its way to becoming a tradition. In the course of our free-wheeling, food and drink aided discussions, I brought up the subject of heroes. I am going to enlarge on it here because it’s a favorite theme of mine. Thanks to the 8 for giving me a chance to share it with a wider audience.
First one very important caveat: for this exercise I use hero as a gender neutral term, with thanks to Keely for reminding me of that.
For romance writers heroes are our stock in trade. Because the happy ending, or at the least an uplifting one, is an essential element of our stories, the hero triumphs, almost always on more than one level.
Due to early exposure to Joseph Campbell’s HERO WITH A THOUSAND FACES I’ve been thinking about my definition of a hero for years. After writing more than fifteen books and novella I’ve got it! What fun to open it up for further discussion here.
For me and my characters a hero has honor at the core of his being and is willing to give more than he can afford to give. 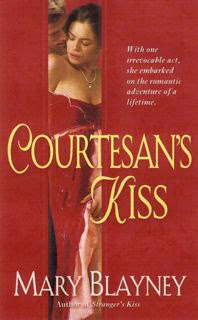 Every hero I have written accepts the burden of those two qualities. With gender neutrality in mind, I would say that Charlotte Parnell in TRAITOR’S KISS is the ultimate expression of those elements. Charlotte lost and then rediscovered her honor in a hard school. By the time we meet her Charlotte is willing to give up everything, including her identity, to right wrongs of which she has been a part. Her behavior in living her concept of honor does not ring true with her nineteenth century peers, but it is there as deep and sure as it is in the more conventional hero, Michael Garrett in LOVER’S KISS.
As disappointing as it is, I know not everyone has read my regency set romances published by Bantam or the novellas Berkley publishes. (But, hey, you can always check out the title at MaryBlayney.com)
With that in mind, let me give you some more widely known heroes in literature. Atticus Finch in TO KILL A MOCKINGBIRD ranks high as does Sidney Carton in TALE OF TWO CITIES. My favorites are lesser known but worth the effort if their names do not ring a bell: Aral Vorkosigan and Cordelia Naismith from the book CORDELIA’S HONOR by Lois McMaster Bujold.
Aral and Cordelia meet when they are on the opposite sides of a war set some time in the future. Their journey to a much challenged happily-ever-after is the epitome of honor and willingness to sacrifice. Indeed, it’s hard to decide whose sacrifice is greater. In fact Aral does sacrifice his honor for a greater good, but then Cordelia is willing to jeopardize hers to spend her life with the man she loves. Cordelia’s success at maintaining her honor is the theme of the second half of CORDELIA’S HONOR.
Cordelia and Aral’s journey brings them together for a lifetime that we, as readers, share through the journey of their son, Miles Naismith Vorkosigan. In the rest of the books in this series Miles struggles constantly with the same questions.
I would love to know what your definition of a hero is and if you have any suggestions for my list. How about someone loved by readers who does not exhibit those qualities? Both Rhett Butler and Scarlett O’Hara come to mind. Is that why their love story fails? I think that’s the subject for another blog. If I’m invited again. 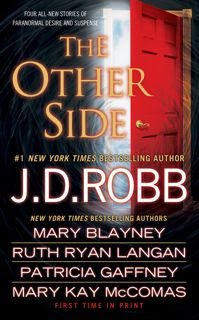