Researching What You Don't Know 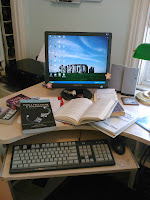 The great thing about writing fiction is you can make stuff up. You’re not bound to facts and reality as stringently as non-fiction writers. But some fiction genres demand adherence to the reality. Crime fiction for instance, with all its emphasis on police protocols and forensic science. I like to read forensic investigation, writers like Kathy Reichs or Beverly Connor, both of whom are practicing scientists. I know I’m in good hands when I read books by either author. I trust them to not only entertain me, but give me an insider’s view into the fascinating world of forensic anthropology.

That’s my goal as a writer. To be trustworthy as well as entertaining, so I take what I don’t know very seriously. However, I also know that I have a crack-like addition to research. It can derail me for days. So, for the mystery I’ve been working on, I saved some of the research for last.

For the current manuscript, what I “don’t know” is police and ER protocol and medical issues. The set-up is an abduction at gunpoint at night on a lonely stretch of waterway, a gun shot wound (GSW), some hypothermia, and full blown search and rescue by the local sheriff’s office. 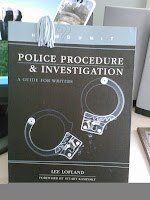 Using the web and other resources, I did some preliminary research on the GSW and hypothermia. I found great web-articles about both. For police procedure, I usually turn to Lee Lofland’s Police Procedure & Investigation. Sadly, Lee wasn’t much help with the SAR (guess you can’t please everybody all the time), so I Goggled “maritime search and rescue.” I turned up dozens of dramatic videos of rescues at sea with helicopters, guys jumping out of helicopters, twelve foot seas, and lots of testosterone. But you know? The sleepy little town in my story probably doesn’t own a helicopter.

What I really needed was an expert informant, a law enforcement officer who’d spill the beans. Internally, I cringed. I was going to have to cold call the police and they’d probably arrest me for wasting tax payer funds with fictitious nonsense. I bemoaned my state to anyone who would listen.  Fortunately, my hair stylist, Stacy, was listening and she has connections. 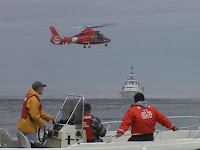 Stacy introduced me to Lieutenant JP Wood, Special Operations Commander at a sheriff’s office who has logged 18 years in law enforcement and participated in a dozen maritime search and rescue efforts.  I emailed Lt. Wood about six questions and volunteered to call him for his response. Gloomy as Eeyore, I assumed he’d be too busy to ever respond, so imagine my delight when I received his email answering all my questions. Thanks Stacy and thanks Lt. Wood.

Lt. Wood saved me from making a big mistake. I’d been looking at this abduction all wrong. This wasn’t a just a SAR. It was a hostage situation –duh, abducted at gun point. And post-rescue, my shero, with her not-life-threatening-GSW was going to have to put off surgery in order to be grilled by the sheriff. Whew! Saved from ignorance that anyone who watches more TV than I do would probably already know.

High on this success, I flipped through my mental rolodex to find someone with medical experience. It just so happens I do know an RN. Not well, but well enough to call.  Now, here’s the thing that made my day. The RN was thrilled to share her knowledge of ER protocol. We talked by phone and she told me everything: the kind of message that would be broadcast over the PA, the fact that shero (poor baby) is going to have a raspy voice post-surgery because she’s had a breathing tube down her throat, and many other colorful tidbits.

Wow. Sometimes all you have to do is ask and the universe provides. And, I didn’t have to do endless hours of research.

I only have two other things to research and both of them require experiential learning: driving a jet ski and handling fire arms. I’ll hop on a jet ski at the beach next week and later walk into my local gun store for show and tell.

Do you have some research to do? Can you take it out of the late night internet surfing and talk to someone “in the know?” Who do you know that can help you connect? Or, like me and the gun shop, are you ready to just walk in and say “hey I wanna know…?”