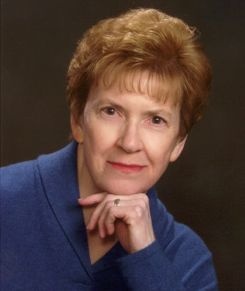 The Rockville 8
is thrilled to host the Agatha Award-winning author of the Rachel Goddard mysteries, Sandra Parshall.
Sandra's fifth book, Bleeding Through, was published September 4.
She lives in , with her husband and two cats.
Visit her website at http://www.sandraparshall.com and read her Wednesday blog at http://www.poesdeadlydaughters.blogspot.com. But first, Sandra visits the Eight and spills the beans about her writing life and living near the nation's capital. Take it away, Sandra.

Sometimes I feel as if I’m wasting my own personal setting.

I’ve lived in or just outside Washington, DC, for half my life, but except for my first book, The Heat of the Moon, and a couple of scenes in Disturbing the Dead and Bleeding Through, I’ve never set a book here. More specifically, I’ve never tried to write a thriller. 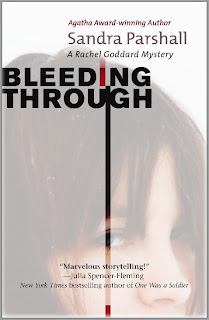 You know the kind of books I mean. How could you not know, when you see them in every bookstore and every drugstore and supermarket book rack? Often they have flags on the cover, or a portentous image of the White House or the Capitol. Shadowy figures running for their lives from unseen pursuers are also popular cover art for Washington-centered novels. Within the pages of these books, you’ll find plots to destroy , plots to take over the world, plots to take down a single politician by digging up (literally, in some cases) a hidden scandal. Since The Da Vinci Code, an increasing number of authors have introduced ancient documents and such into their very modern political thrillers. Many people die. Lives are ruined. Everybody is sadder but not the least bit wiser at the end.

Why can’t I write this sort of book and cash in on the trend? I live here. Inspiration is all around me. Members of Congress shop at the same supermarket and hardware store I patronize. My husband is a longtime journalist (now retired from a newsmagazine) who could give me lots of juicy details to work into my plots. And I care about politics. I think a citizen would have to be crazy these days to be indifferent to what’s happening in DC. So I should dream up a plot, sit down at my computer, and get started on my future bestseller, right?

The only problem: I couldn’t do it if you put a gun to my head.

I’m not disparaging the people who write and read political thrillers, but I can’t do either.  If a book cover has a picture of the flag or a federal government building, I steer clear of it and leave it for the true fans of the subgenre. Real politics makes me anxious enough without having fictional scenarios added.

I didn’t even let Rachel stay in . In the second book, I moved her to the mountains, far from the taint of national politics. I’m happy writing about a small community in the . I find much more drama there, on a human scale, than I would in the Situation Room or a campaign headquarters.

Still, when I drive past the White House or the Capitol, I can’t help feeling a small twinge of regret as I wonder what’s going on inside that might inspire a book. Maybe someday I’ll get an idea I can’t resist, and suddenly I’ll be writing a political thriller. Who knows? When it comes to writing and publishing, I’ve learned the same lesson I absorbed long ago about real politics: don’t make predictions, and never say never.
Posted by The Eight
Email ThisBlogThis!Share to TwitterShare to FacebookShare to Pinterest
Labels: Agatha, DC, mystery, mystery writer, political, Rachel Goddard, Sandra Parshall, thrillers, Washington