112 Pounds and Counting: My Hair is Falling Out, But My Mustache is as Thick and Full As Ever!

I'm a little conflicted about writing this post. And since it's not specifically about weight loss, I don't know if you'll call foul on this being the second post in my Weight Loss Journey series. 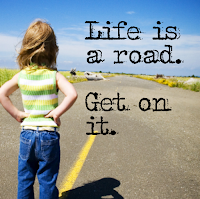 Earlier this year, the glorious ladies of the Rockville 8 decided that we wanted to focus on life journeys. Since we're all headed somewhere, we might as well write about it, am I write right? I decided to blog about my weight loss, because it's very much what I'm personally focused on these days.

(Hold for applause.) (Hold for ticker-tape parade.) (Hold for somebody to tell me to get over myself and get on with the blog.)

So that's 112 pounds, with a lot of ups and downs in between. It's been a long journey, and it ain't over yet! I have eighty pounds to go before I hit my goal of 173 (which is just within the "normal" BMI parameters for me). I posted my first blog about this, I've Lost 100 Pounds and I'm Still Fat, on June 15.

Okay, So What's With This Hair Loss Business?

That's what I'd like to know! Back in November I noticed that I was losing a lot of hair. It had happened a few years earlier, too, after I'd lost a lot of weight, and eventually the "hair fall" stopped and life went on as usual. Even the November hair loss also slowed after I stopped using shampoo (switched to baking soda and vinegar, which I loved). But about two months ago, my hair started falling out again. So now, yeah, I'm a little worried. 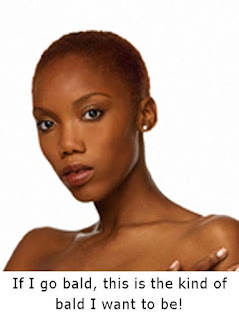 Worried enough, and embarrassed enough, in fact, that I wasn't going to write about it. But it's been very much on my mind, and since it's a health-related issue (and possibly a weight-related issue, still not sure), it seemed dishonest to keep it to myself.

I've done a fair amount of internet-related research on the subject. What I haven't done yet is talk to my doctor. But I finally made an appointment, so hopefully I'll soon be on the receiving end of some helpful medical advice. It could be something as simple as an iron deficiency. It could be stress-related. Could be hormonal. Could be a million, bazillion things. One of the most frustrating aspects of this situation is all the things it "could be."

That being said, here are a few things I've done that seem to have made a slight difference:

Anyhow, we'll see how this goes. If you see me walking around with a dramatic comb-over or a funny hat, you'll know why! I'm really hoping to get some helpful answers from my doctor. But either way, I'll keep you posted!

And if you've had this trouble yourself and don't mind talking about it, I hope you'll share your experiences in the comments.

Um, And What About The Mustache? 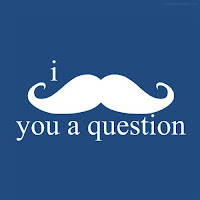 Huh. *blushes* Yeah, the facial hair is a whole other issue. Actually, I could have said "beard" in the post title instead of "mustache" but I just think "mustache" is a funnier word, so I used it instead.

Okay, this is an incredibly uncomfortable thing to discuss. But you know what, who cares? Honestly, more and more women are having facial hair issues, so let's get our fuzzy faces out of the closet and talk about it.

I started growing hair on my chin and neck when I was fourteen (not too devastating for a girl who already had major self-image issues!), and it's been a persistent problem. Over the past thirty years, I've tried:

All of the above remedies have their workability and validity. You'll notice that one thing that most of them have in common is that I didn't follow through long enough to see permanent results. (The one exception being laser hair removal). My best hope is for…


Sometimes, you just gotta keep swinging until you hit something.

My next post will be on September 21. What would you like me to write about? Some ideas I've had are:


Those are my thoughts, but I am wide open to other ideas! Please leave suggestions in the comments. Also, if you have questions about anything that I've written, please don't hesitate to ask. At this point, I don't have a lot of secrets left, so don't be shy.