Old is the new New…

This week, the Rockville 8 brings back one of our favorite guest bloggers, Emelle Gamble! 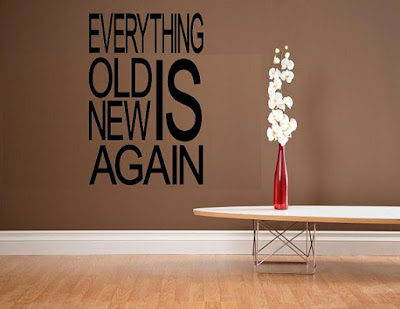 In July of 2013, the lovely members of the Rockville 8 allowed me to share my re-entry into the world of publishing after a hiatus of several years. In the 1990s, I was a contracted Harlequin Intrigue writer. Which meant I wrote books. Period.

In 2013, I was once again a contracted writer.  SecretSister, a women’s fiction romantic novel about how little we really know about those closest to us, was just published, and I was struggling with the culture shock of how much other than creative writing a small press and indie author was required to do to support her books.

Such as upload. Summarize. Format. Blog. Tweet. Facebook. Contests. Book trailer. Book signings.  Deal with freaking iTunes. Welcome to the brave new world of publishing, where creative ability was only one of the ten skills you needed to survive.  Okay, I thought. I can do this. Because the one thing that wasn’t new about this new world was that the biggest element of writing a book was still the story.

The story of a romance. And a mystery. And a heroine who was tough enough, and smart enough, to triumph in both.

Since my last blog here, Soul Mate Publishing brought out another novel, Dating CaryGrant, and I self-published a trilogy about an academy award winning actress, Molly Harper, and two novellas, Duets and December Wedding. All were published as eBooks, as well as in audio and paperback formats, which required a bit of additional work of the non-creative type.
All new. All contemporary.

But I realized I also had those ‘old’ books of mine. Stories I had cut my teeth on and put my heart into, stories which had only been published as paperback novels. So I took the plunge and requested, and received, the publishing rights back to several of the classic romantic suspense books I did for Intrigue.  I did not have a digital copy of these so I worked with a formatter and turned the paper text into eVersions, an arduous task requiring about a dozen passes as a copy editor and a couple of more as story editor. It was often shocking to edit the words of my younger writer self, but it was also illuminating (and not without satisfaction) to change something about a sentence, or a paragraph, or a whole bloody scene because, hey, I am a better writer now!

As I re-read these old books, I was struck by the fact that, although the industry had changed enormously over the last two decades, much had remained the same in the structural design of a romantic suspense novel.

In the stories set in the 1990s, women and men meet, feel a spark, flirt and take a step or two forward, and then back, and then around and around a few times before daring that kiss, that conversation, that night of passion that tells them, yes, something’s happening here.

At first encounter, they generally suspect one another of being a villain, but they quickly realize, based on gut reactions and that tug of attraction, that they can get to the bottom of whatever the danger threatening them is, if they’ll just work together.

Which they do, sometimes honestly, sometimes with ulterior motives.  As they work together, they learn the secrets of each other’s past, current goals, and hopes for the future, and, generally, how much they want to sleep with each other.

The hardest decision I had to make about these books was how much to update them. Many authors in my position re-write and update their books. They pull the stories into the 21st century, arm their heroines with laptops, cellphones and debit-cards, and delete any politically incorrect references. They change the titles, crank up the C.S.I. technology, and generally erase the 1990s restraint on language and sexual interaction.

I chose to leave mine as they were, set firmly in the place and time where I first created them. And I found that they held up well, for old or new, they had the ingredients of suspense, tension and danger, but in a cozy, less raw tone than much of today’s realistic romantic suspense.

As for the romance, I found it worked too. Harlequin Intrigues were never ‘hot’ in sensuality department, they did however always play up a woman’s strengths and inventiveness and ability. No shrinking violets, these heroines were smart, brave, resourceful, and more than capable of unmasking the villain. And they knew what they wanted in a man, they were just a little less direct about letting him know it.

In today’s world, my 1990 heroines could be considered behaviorally ‘square’ (now there’s an old word and concept). They don’t drink much, never do drugs or get tattooed, and they never say the F word. They also do not sleep with the heroes until the end of the stories. They are also all about their careers, and doing the right thing.

In Stranger Than Fiction, a career woman throws herself into finding out who is behind what looks like a plagiarism scam. In Diamond of Deceit, a banking executive risks everything to save her reputation. When Murder Calls showcases a young, single mother holding down a day job, going to school, and fending off a serial killer.  In Dead Magnolias, the private investigator heroine is as tenacious as a terrier as she tracks down a pair of killers who have been shielded by wealth and power so long they think they are entitled to do anything. And in If Looks Could Kill, a small business owner risks everything to do the right thing.

So…old stories, but new stories to eBook readers. Starring five spunky, smart chicks. And the five hunky guys they love, but don’t ever defer to. Five books that tell the old story of an attraction at first sight that doesn’t make sense at all, except, of course it does.