So This is Christmas

Happy Xmas (War is Over)
By John Lennon and Yoko Ono

So this is Christmas
And what have you done 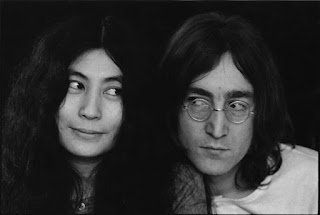 Another year over
And a new one just begun


John Lennon wrote this song in 1971 as a protest against the Vietnam War. I’ve always liked it especially since it has the Harlem Community Choir as back up to give it a beautiful, full sound.

The song also challenges the listener. So I ask myself—what have I done?

I’ve decided that I’ve not done too badly. I’ve been going through my certification program, which if things go as I hope, I’ll finish in February. I’ve been trying to write. I’ve been dealing with my daughter starting high school and helping her adjust and move through her grief at leaving her beloved elementary school behind. Seeing the changes in my parents and realizing that I won’t have them forever.

A friend at work who I have known for many years recently told me that I seem stronger physically than I was a year ago. I do feel stronger. There have been days that I was so exhausted I felt like I couldn’t take another step. Sometimes, on the weekend, I’ll sleep at night for twelve hours. Back to back hospital stays weaken the body like nothing else can.

But I’m moving forward to the rest of my life. My war is over for now. I’m hoping for a happy Christmas. I’ve made it through to the other side. But there will always be challenges. And sometimes those challenges feel overwhelming. But I’m finding more and more that I’m able to handle it again.

Two years ago, in the midst of my surgeries, I couldn’t take on much more than what was right in front of me. I was afraid of every bump in the road being that one thing which would put me under. It’s a good feeling to get back some of my former strength, or maybe even emerge stronger than before.


Posted by Lisa McQuay
Email ThisBlogThis!Share to TwitterShare to FacebookShare to Pinterest