First of all, I just wanted to thank the Rockville 8 ladies for having me here today to talk about my indie-publishing journey and to celebrate the release of my debut YA mystery, Codename: Dancer.

I never set out to self- 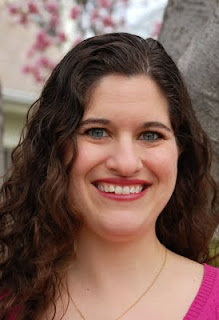 publish. If you’d told me 6 months ago that I would self-publish, I probably would have laughed at you. Actually, I’m wrong. I definitely would have. At this time last year, the idea wasn’t even on my radar screen. Some of my author friends had taken J.A. Konrath’s advice and started putting their unpublished manuscripts up on Smashwords and Kindle, but those were the ones who already had a backlist and dedicated readership who knew them. Surely nobody would buy a debut self-published book from a complete unknown.

Then Barnes & Noble created PubIt. More authors rushed into self-publishing, but still I resisted. I was convinced that self-publishing was only a good deal for previously published authors who wanted to put up their backlist (such as all the abandoned Dorchester authors who’d gotten their rights reverted). Any debut author who went this route was seriously deluding herself.

You see, I was still working under the mindset from a few years ago, when the average self-published author was lucky to sell 100 copies over the lifetime of the work. In my narrow worldview, self-published authors were hacks who shelled out hundreds and possibly thousands for the privilege of calling themselves “authors.” They had boxes of their books in the trunk of their car, and would hang around in the Wal-Mart parking lot trying to hawk them to unsuspecting passersby. Or the person standing behind them in the line at the grocery store. Or the desk clerk at the gym. Or anyone with two brain cells, really.

No, I would never go this route. After all, we’d all heard Yog’s Law that money should flow towards the author, not the other way around. And wasn’t self-publishing just a glorified form of vanity publishing? You’ll never find a readership, and will never make any money.

Except that isn’t necessarily the case anymore. At some point in the last year or so, the Kindle revolution made self-publishing a legitimate career option. I just hadn’t been paying attention.

In my defense, I have a 16-month-old, so from roughly December 2009 to December 2010 I was living in one big sleep-deprived haze. So I feel like I get a pass for not quite getting it until this year.


Once my non-writing friends started talking about Amanda Hocking and direct publishing on Kindle, I realized that maybe there was something to all this fuss. And maybe I needed to examine it a little closer. And I liked what I saw.

It occurred to me that I had several manuscripts just languishing on my hard drive. Now granted a few of them shall never see the light of day. And for good reason. But others were actually pretty darn good. I just hadn’t managed to find the right editor on the right day.

My former agent shopped Codename: Dancer widely. The book was named a finalist in Romance Writers of America’s prestigious Golden Heart® Awards, and it had gotten a lot of attention. Editors at several Big Six houses raved about the premise, the writing, the voice, the characters…and even though the manuscript made it to several final acquisitions meetings, ultimately they all passed. Despite editors who loved it, marketing didn’t know where to place it.

The kiss of death.

For years I’ve lamented the fact that there isn’t a category between Middle Grade and Young Adult, despite a large segment of readers who could benefit from one. There’s a real market void. The Middle Grade books are too babyish for this group, yet many YA books are too mature (for lack of a better term). My middle-school-aged niece is a prime example. She’s a voracious reader, and is ready for something meatier than what’s offered for her age group. But my sister-in-law doesn’t want her reading Twilight (and Twilight is actually on the tame scale compared to some YA books out there) yet, and frankly I don’t blame her. Intellectually, she’s ready for it. Emotionally? Not so much. 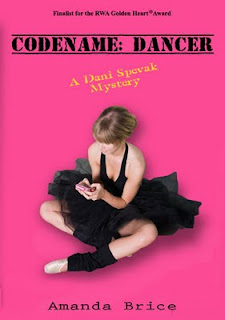 So with this age group in mind, I sat down and wrote Codename. But because NY didn’t know where to shelve it (is it a “children’s book” or would it go in the “teen section?”), it never sold. Apparently main characters can only be 12-or-under or 16-or-older. Fourteen-year-old high school freshmen need not apply.

Some might consider my book to be “tween” but even that seems a bit limiting, because I know several teenagers who have read it and loved it. And what 13-, 14-, or 15-year-old wants to be lumped in with the 10-to-12-year-olds? Uh-uh. No way. So I’d call it a “Younger YA,” but that’s not an accepted trad-pub term. Where do you shelve it?

New York called it “niche,” but that’s the beauty of indie publishing. Doing it on my own, I can afford to take risks. Sure, I invested in a freelance editor, a cover artist, and a freelance formatter, so it certainly wasn’t free, but I’ve always spent money (organization fees, chapter fees, conferences, workshops, postage, etc.) on my pursuit of publication. This is merely another cost of the journey. The manuscript wasn’t doing anything for me while wasting space on my hard drive, so I decided to roll the dice and see if I could find it a readership on my own. Get it out there in the world and let readers decide whether it has any merit.

Granted this means I’ll also sink or swim on my own, too, but I’ve always been a risk taker.

I think if you have a niche book, indie-publishing is perfect for you. Or anything out-of-the-box. I do love NY, and I hope to have a traditional contract one day, but sometimes the definitions are a little too rigid. And I can understand their reluctance to take a chance, because that's their risk on the line if a book doesn't sell out its advance.

I hope I don't sound elitist, but unfortunately, there are a lot of self-published books out there that never should have been published. It's not that they're not good books, or their authors aren't good writers -- they're just not ready. But there are also a lot of really excellent self-published books, and the revolution of the last year has shown that it's a viable career choice.

So I guess my advice is that if you've gotten excellent feedback on your manuscript (and not from your mom!) and you think that NY is not quite right for it for whatever reason, then indie-publishing might be for you. But please do yourself a favor and give it as close to a traditionally-published experience as is possible.

Invest in a professional cover. Hire an editor (or at least utilize multiple critique partners and beta readers...as well as a qualified proofreader). Teach yourself formatting or hire a freelancer. Set a "launch date" and build up buzz ahead of time by giving away copies in contests and undergoing a blog tour. Send it to published authors in your genre for a cover quote. And send it to reviewers. Call on your networks. Were you in a sorority in college? Ask them to feature your book in their alumni magazine. Is there a particular hobby or activity featured in your book? Contact the various magazines or organizations for that activity and ask if they would help you promote. You never know unless you ask!

But remember that for every Amanda Hocking, there are hundreds or even thousands of indies who will struggle. And it's a marathon, not a sprint. Even the indies who have hit the NY Times list in the recent months started off selling just a handful of copies.

So the moral of the story is that if you have a “niche book,” don’t be discouraged. It might be perfect for indie publishing. And I bet you’ll have a blast!

Amanda Brice lives outside of Washington, DC with her husband and toddler daughter. An intellectual property attorney for a large federal government agency, she combines her love of writing with her legal career by speaking on basic copyright and trademark law on the writers’ conference circuit. Her debut novel, Codename: Dancer, was released on April 16, 2011. You can learn more about Amanda and her books at her website (http://www.amandabrice.net/).
Posted by Keely Thrall
Email ThisBlogThis!Share to TwitterShare to FacebookShare to Pinterest
Labels: Amanda Brice, Amanda Hocking, codename: dancer, indie publishing, kindle, Middle Grade, niche, PubIt, self-publishing, YA