Five Years of Weight Loss: What's Worked, and What Hasn't 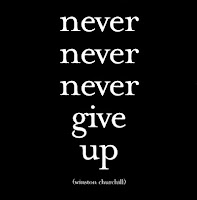 Well, this is the perfect day to write on this topic, because since my last post I have gained eleven pounds. (Wow, it's depressing to write those words!) Actually, 11.3 pounds, if we want to be specific. That drops my cumulative weight loss to 103.8 pounds since January 1, 2010. Sigh.

Part of me really wants to beat myself up over my dietary slack-off, but self-abuse is a waste of time. So let's just jump into the topic at hand, starting with:

What Hasn't Worked (For Me)


1. Weight Watchers. Okay, this may seem like a controversial way to start off this list, but it helps to make the following point: these are things I tried that didn't work for me. They may work for someone else. Weight Watchers is a great program which emphasizes conscious eating and a well-rounded diet. I know a lot of people who have had success with it. But for some reason, I found the point system didn't really fit into my life. Maybe I'm just too lazy for it. I tried it for several months, didn't see a difference in my weight, so decided to move on to something else. And that something else was:

2. Going vegan. About two years ago I tried to go vegan. I'd always been philosophically on board with veganism, especially considering the use of antibiotics and steroids in our feed animals. So, in 2013 I took the plunge: I didn't eat any animal products for about six weeks. At first it was great: I lost a few pounds, and felt really good. But again, laziness took over: I stopped being creative with my cooking, started eating a lot of carbohydrates (it probably goes without saying, but pasta is vegan, and so are french fries). As a result, I was constantly tired, and started gaining weight again. I still feel like veganism is a viable dietary lifestyle for me, but the next time I make the transition, I'll have a better plan.

3. Not paying attention.  This seems obvious, to the point where it shouldn't even make the list. But lack of attention is most definitely at the bottom of my recent weight gain. I stopped keeping track of what I was eating, stopped walking every day. Part of this was due to the fact that I'd hurt my back, and wasn't as able to move as freely (or at all), which also inhibited my ability to cook for myself. More convenience foods, fewer salads, less exercise… obviously it added up.

4. Smoking. I only include this because I think it's one of the silliest things I ever did to try to lose weight: a little over two decades ago I attempted to take up smoking. (Hey! Stop throwing things at me! I said it was silly!). Needless to say, this brilliant plan failed to work, and I tossed the cigarettes before finishing my second pack.

What Has Worked (For Me) 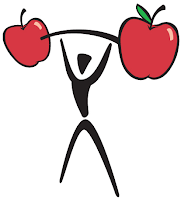 1. WeightNot. I heard about this program on a podcast. Ordinarily I don't take podcasts too seriously, but WeightNot had a lot of qualities that appealed to me: it was all natural (no drugs, just vitamins and herbal supplements), weight loss happened quickly (half a pound to a pound a day) and there was some variety to what I would be eating (although portions were quite small).  So at the end of 2011, I tried the 60-day program. I lost about 60 pounds, and kept off 45. It was difficult, but very worth it. I tried to do another 60-day cycle in 2012, but for some reason the program didn't run as smoothly the second time around. However, I am extremely happy that I did that first round, and anyone who has a lot of weight to lose would do well to check out this program and see if it might work for them.

2. Salad, salad and more salad. Again, this seems so self-evident it's almost silly to mention it. But salad has saved me, especially over the last year.  Eating two salads a day has been one of the best things I've ever done for myself. And no matter what else I eat (within reason, of course!), as long as  have those two salads, I know I'm doing something good for myself.

3. Counting calories. I started counting calories on Thanksgiving Day in 2014, and in that time (even with the recent weight gain) I've lost 34 pounds. This past year has been the longest period of continuous weight loss in my life. Calculating how many calories to eat is a relatively simple process (here's a great online calculator), and I always try to eat the maximum number of calories that I'm allowed. My current range of calories is 1700 to 1900, so I try to eat 1900. This makes for slightly slower weight loss, but reduces my chances of feeling deprived. For me, this has been my most successful action for losing weight.

4. Not thinking too far ahead.  I used to plan out my weight loss ("I'll lose X amount by Christmas, and XX amount by my birthday.") And although the daydreaming can be fun, when you have a large amount of weight to lose it can also be quite daunting. Even if I could lose 50 pounds a year, it would still take me twenty-one months to reach my maximum healthy weight of 173. And although I'd rather reach that goal in 21 months than not reach it at all, that's still almost two years away, which feels like a mighty long time.

So, I've learned not to think too far ahead. Instead, I just think about losing the next pound or so. When I was at 255 pounds, I concentrated only on getting to 254, and I savored every tenth of a pound that I lost. Because every 1/10 of a pound is progress; and in only 880 tenths of a pound, I will finally, for the first time in my life, be a healthy weight.


The activities which have worked for me may not be the activities which work for other people (and same goes with the "haven't workeds").   But everyone has the ability to become healthier, whether that means losing weight, or just treating the body with a little more care and thoughtfulness. So, now that I'm looking at re-losing that eleven pounds (and 77 more), I would love to know: in the journey to become healther, what has (or hasn't) worked for you?
Posted by Misha Crews
Email ThisBlogThis!Share to TwitterShare to FacebookShare to Pinterest
Labels: counting calories, Misha Crews, nutrition, Weight loss, weight loss journey, Weight Watchers, WeightNot